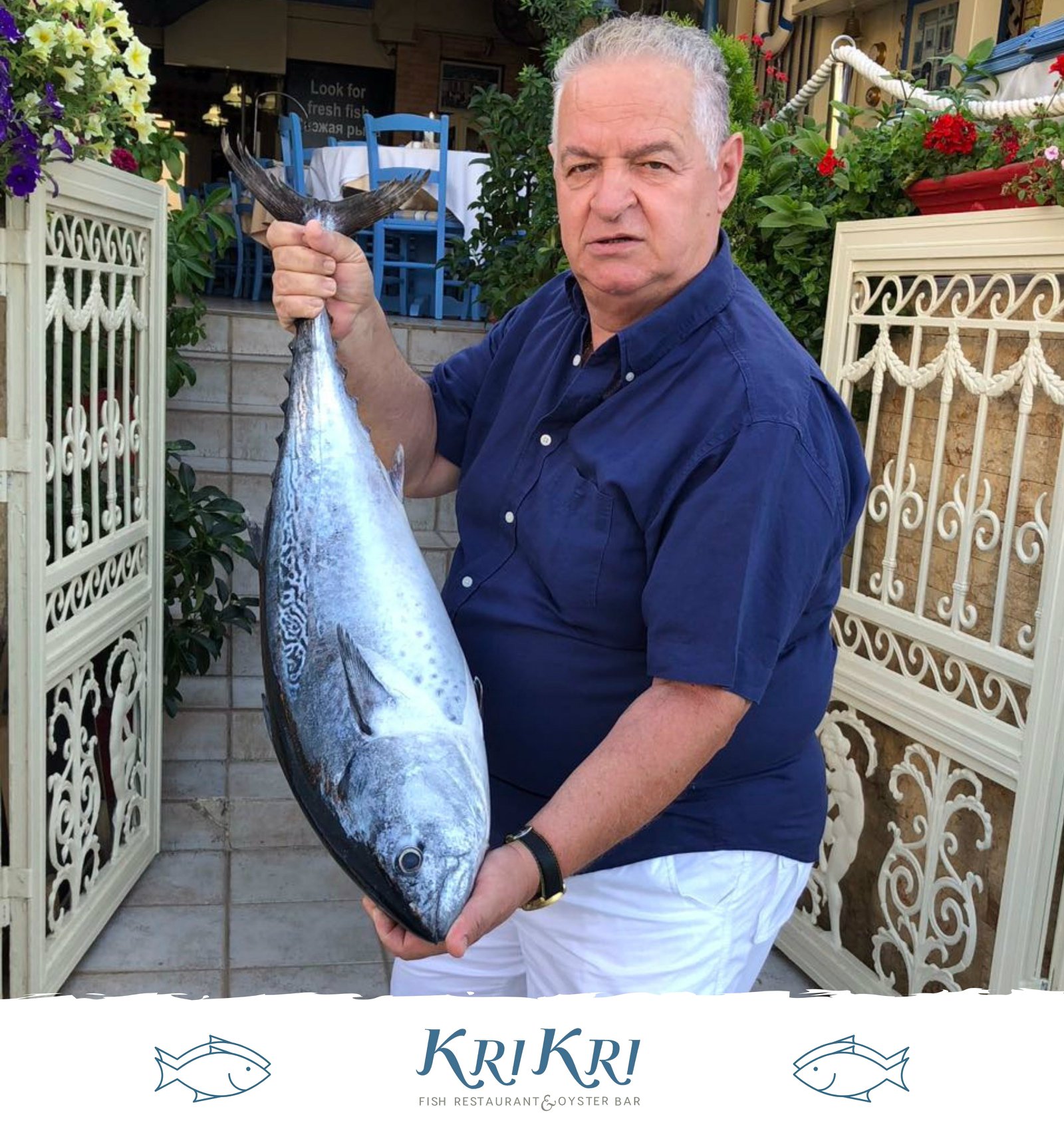 Born and bred by George Zaharioudakis, Kri-Kri restaurant is the Paradise of imaginative seafood dishes and meeting point of people who appreciate and demand the essence of culinary delight.

Creative, talented, cosmopolitan: George Zaharioudakis never stops to move around his passion which is the food, to be informed, to teach, and to enrich his place with new ideas. His boldness and consistency made him today, after 38 years, not only an expert in the philosophy of Mediterranean cuisine but an active owner with unlimited interest who welcomes people who inquire high-quality food.

In 1977 George Zaharioudakis was in Switzerland where he studied to become a cook, working at the same time in significant restaurants as a chef. In the summer of 1982, he worked at Elounda Beach of Crete while next winter went back to Switzerland and started a long-term cooperation with a “contractors” company restaurants based in Lausanne, a company with which he is working till today. More than 100 chefs, each one specialized in his country’s cuisine, travel on behalf of the Switzerland company around the world to establish new restaurants. Each chef remains at his destination up to 40 days, creating menus, cooking the recipes, and train the local chefs. George Zaharioudakis has created menus of Mediterranean cuisine all over the world: New York (19 jobs!), Dubai, Quebec, Key West, and Toronto are just a few of the places he has been active and sometimes goes back for structural changes.

Kri-Kri came into his life in 1983. In his own place, the wonderful Agia Pelagia of Heraklion, George Zaharoudakis is going to make true a life’s dream: a hearted and hospitable restaurant with well-cooked dishes of high quality. Very soon Kri-Kri classifies among the best restaurants of its kind and his owner tries year after year for even better dishes and more imaginative and skilled recipes which are going to leave the customers with the best of memories. Kri-Kri’s cuisine is specialized in seafood shells and fish. Raw materials is the A and Z of the restaurant’s philosophy: on daily basis during the Summer months George Zaharioudakis receives the “elite” of shells from Brittany and Normandy, two of the most famous areas of French, and from Greece.

Meanwhile, within the minimum time he makes between Heraklion, Switzerland, and long-distance trips in order to build Mediterranean restaurants, he attends seminars in France for growing methods of shells and the development of the inconceivable progress as he emphasizes. Often in Heraklion, under the shadow of Knossos, he hosts seminars to chefs from all over the world who want to enrich their knowledge on the Cretan and Mediterranean diet.

Perspicacious and creative he has the conviction that cooking never ends. Everything develops rapidly and you can’t love this profession if you don’t keep up. Even if you don’t use some new methods like for example molecular cuisine, you should know its progress is very amazing. Cuisine is a timeless culture.

In Kri-Kri, Greeks and foreigners enjoy seafood dishes of high aesthetics and matter. An inside secret, excellent materials, solitude, and meditation in the kitchen during the morning hours and the creation of many dishes in two times: the last additions and the execution of special wishes of the customer happen in a second phase in front of him. George Zaharioudakis is always there, so visitors can watch him cook. If come across any noise, don’t be surprised: it could be all 16 chefs of the presidents of the USA, Saudi Arabia, Venezuela and many other countries who have honored the “master” with their presence or the presidents of the Balkans who have visited him in order to try his mythical seafood dishes. 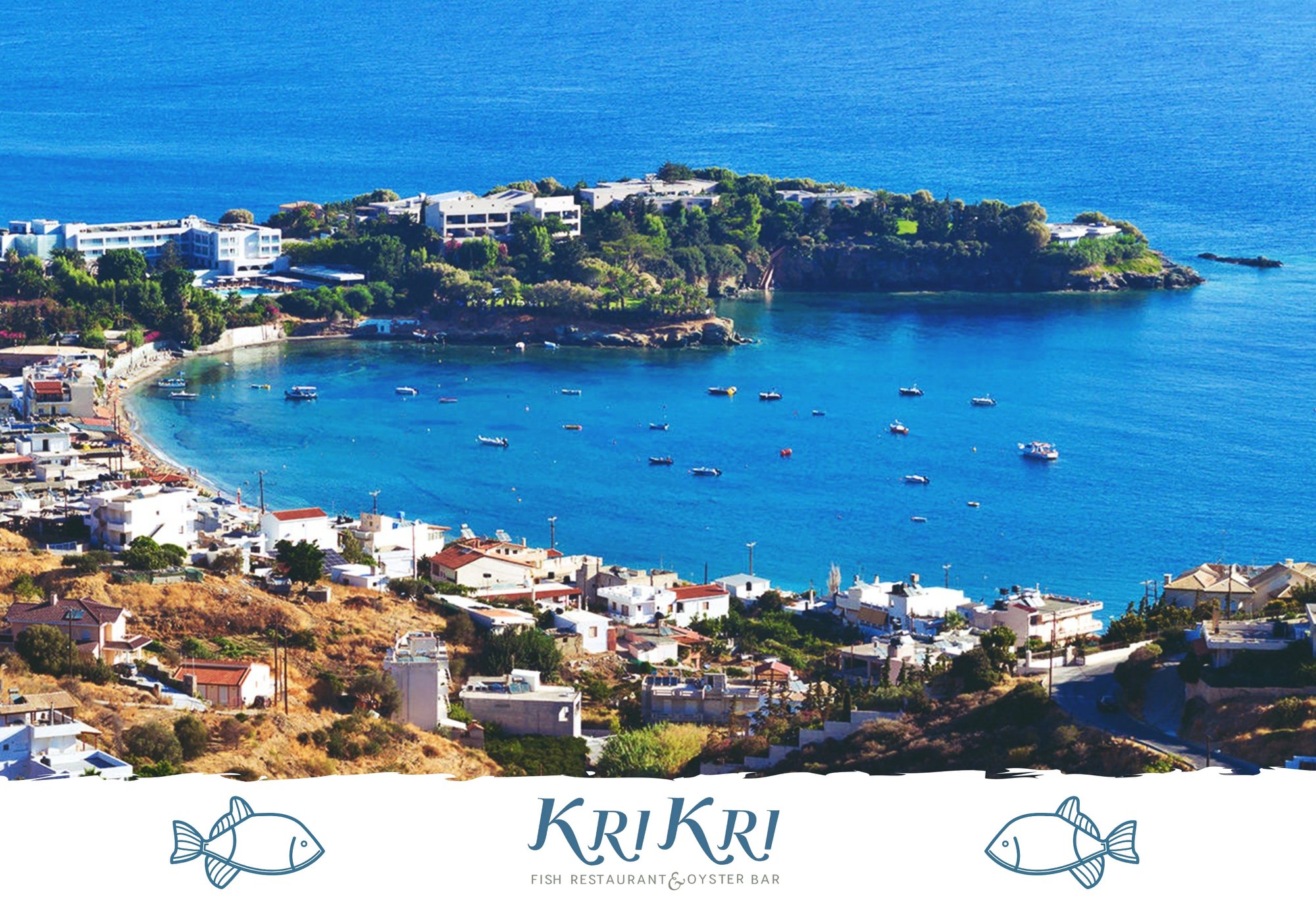 Agia Pelagia is a seaside fishing village on the north coast of Crete, approximately 22 km from Heraklion. The region is full of natural beauty and due to its geographic position, it played an important role throughout history. Where Agia Pelagia is now, there used to be an ancient Greek city, which has been inhabited since around 2000 BC. The ancient town was destroyed by fire in 1200 BC. Εxcavations by St. Alexiou in 1979 were found that it was Apollonia, an important town during the Hellenistic period (350 BC). 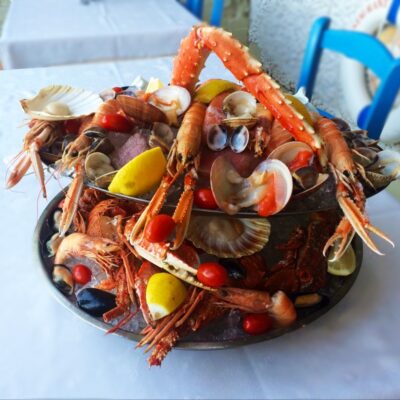 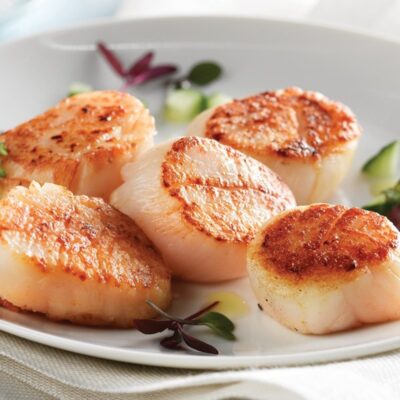 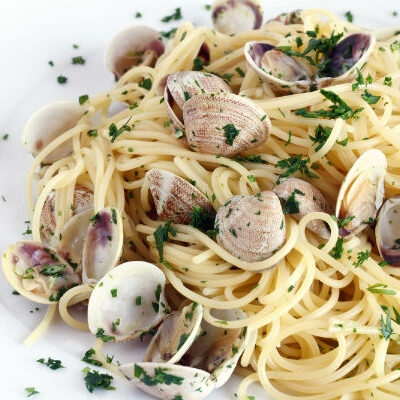 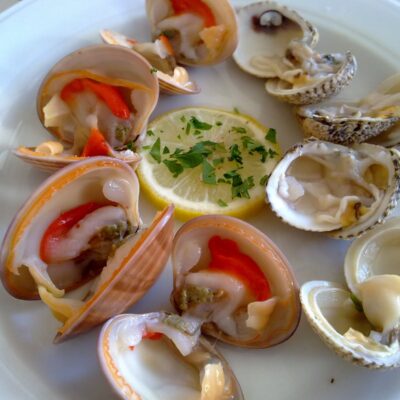 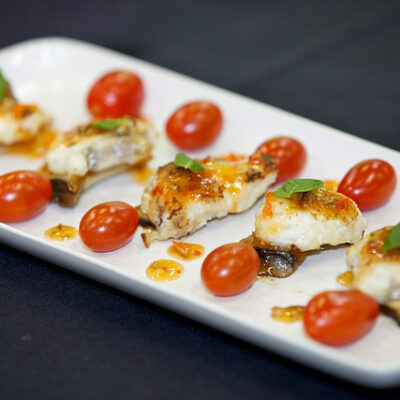 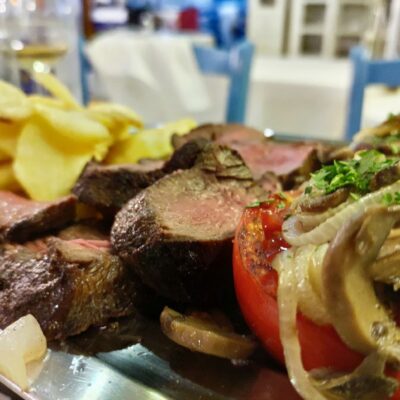 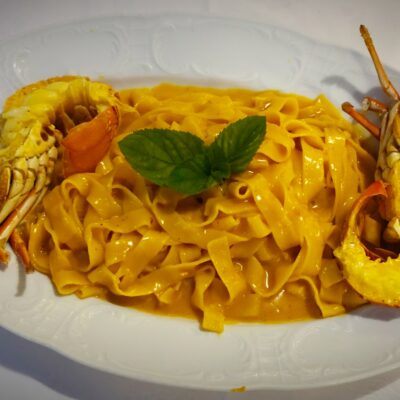